While early studies on coffee suggested that it could lead to health problems, recent research provides strong evidence that coffee consumption actually has a number of health benefits. We tell you all about it in the following article. Shall we get started?

Coffee is rich in polyphenols, plant compounds that may have a protective antioxidant effect. Fresh organic coffee (beans or ground) is better for its higher antioxidant content, and light or medium roast blends are preferable to dark ones. In the following article we will look at the main health benefits of coffee, expanding on what we have already seen in previous articles on the nutritional value of coffee.

Coffee can help some people maintain their alertness and energy levels due to its caffeine content. When coffee is consumed, it is absorbed into the bloodstream and travels to the brain, where it ‘fires up’ certain neurons that can improve memory, mood, energy and cognitive function, if consumed in moderation. Other reports suggest that drinking coffee before exercise can reduce exertion rates and potentially improve athletic performance.

The human body is engaged in a constant struggle to resist toxic substances absorbed through food and drink, environmental pollution, medicines and other pathways. Coffee has valuable antioxidant properties. This means that when you drink that cup of coffee, as well as boosting energy, it strengthens and helps to cleanse those toxins from the body. Drinking coffee therefore reduces the risk of infections developing and other diseases taking hold.

May reduce the risk of Alzheimer’s disease

The caffeine contained in two cups of coffee may offer significant protection against the development of this disease. In fact, researchers found that women aged 65 and older who drank two to three cups of coffee a day were less likely to develop dementia overall.

Reducing the risk of developing diabetes

The increase in the number of diabetics across the western world is a major health concern. There is hope that the medicinal properties of coffee may reduce the risk of developing type 2 diabetes. In fact, there appears to be a clear correlation between the amount of coffee drunk and a reduced risk of type 2 diabetes.

Coffee can help regulate our emotions

This we can totally believe. Coffee may reduce the risk of depression, and the data supporting this possible link is strong: several studies have previously illustrated a reduced risk of depression for regular coffee drinkers.

Why is coffee good for your health?

Coffee is an intricate mixture of more than a thousand chemicals. What defines a cup is the type of coffee bean used, how it is roasted, the amount of grind and how it is prepared. The human response to coffee or caffeine can also vary substantially from one individual to another. Low to moderate doses of caffeine can lead to increased alertness, energy and ability to concentrate. Are you up for it? 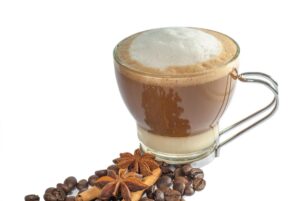 How to prepare a bombon coffee?

The café bombón is a sweet sensory experience and is traditional in the Spanish Levante region. This is the result of mixing the intense flavour of

Does decaffeinated coffee have any caffeine in it?

Some people may think this is a stupid question, but it’s not. Have you ever wondered whether decaffeinated coffee has caffeine? If so, read on

Coffee is the quintessential beverage that gets those who find mornings difficult to get up on their feet. The stimulating effect of coffee is well 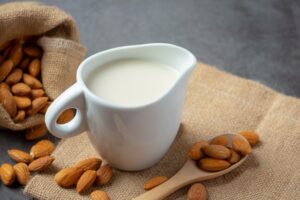 Alternatives to cow’s milk to go with coffee

Do you like to drink coffee with milk? Cow’s milk doesn’t agree with you, does it? Then you’re sure to drink your coffee with vegetable

How to make milk froth

Milk is one of the ingredients that is totally dispensable for the most purist coffee drinkers, since they consider that it adulterates the flavor and

How many coffees can be drunk per day

For many people, coffee is all they need to start a day in the best way possible. Or at least to make their day less

Leer más
SAVE & ACCEPT
Powered by